About the ISNZ Board 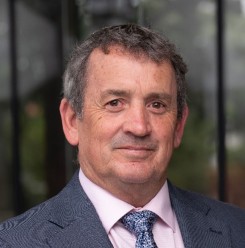 After graduating from Auckland Teachers College, Peter spent his first six years teaching in Decile 1 South Auckland primary schools. The first four years were in an open plan co-ed intermediate (the precursor to Innovative Learning Environments (ILEs today). There were four classrooms (140 students and four teachers) with no walls between and kneeling tables instead of desks. These areas were called blocks and the senior teacher was aptly titled “Blockhead!”

Following these formative years re-learning what they didn’t teach you at Training College, Peter moved into the Independent Boys’ Schools’ system and has now completed just over 33 years with ISNZ: over 13 years as a teacher and then Senior School Dean at King’s School, over 11 years as Principal of Scots College Prep School and then Middle School, with the last over eight years as Principal of Saint Kentigern Boys’ School.

Peter has worked with students from 5-18 years of age and while his time as a teacher and principal has been spent in boys-only schools, as one of the Saint Kentigern Schools, he works with the current Principals of the Preschool, Girls’ School and College and, therefore, understands the difference associated with each of the educational sectors that are under the umbrella of ISNZ.

Peter is passionate about ISNZ and he is keen to grow the network into a collaborative sector where we can share knowledge, resources and innovation to make our organisation stronger. 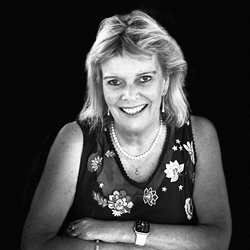 Christine is Rector of St Andrew’s College, the only independent co-educational school offering boarding in the South Island. When she was appointed to the role in 2007, Christine became the first female Rector at the College, which was founded in 1917. Three years ago, St Andrew’s College enjoyed a wonderful year of Centenary celebrations under her leadership.

Since graduating from Auckland University with a BA in English and History in 1979, Christine has enjoyed a varied career, having taught in Nelson, England, and Tauranga Boys’ College, where she became Head of English. A return to Nelson saw Christine become Assistant Principal at Nelson College for Girls before becoming Principal at St Hilda’s Collegiate School in Dunedin at the beginning of 1999.

Christine is a passionate educator who is also committed to ongoing Professional Learning. In 2014 she was accepted into a Harvard University Business Programme, and in 2000 completed a Strategic Leadership Programme, which has many top performing businesspeople from New Zealand among its alumni.

Christine is a member of several professional associations, and is a regular presenter at ISNZ conferences and meetings. She has also addressed several community groups in recent years. During her long career, she has developed professional relationships with many schools across New Zealand and around the world, and enjoys professional friendships with Heads of a number of schools in New Zealand, Australia and Scotland.

Christine believes in young people and the potential of everyone to succeed in their own way when they are understood, nurtured, encouraged and believed in. She fosters a happy, inclusive school environment where relationships are positive and supportive. As a highly motivated educator and leader, Christine is committed to her own learning journey, and to enabling others to be the best they can be. 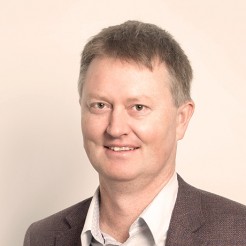 Brad is a partner at Chapman Tripp in Wellington and has over 20 years’ experience practising in corporate, commercial and financial services law.  He has held a number of governance and leadership roles at Chapman Tripp.

He is a firm believer in the value of education and the opportunities that opens up for our children.  He is also a supporter of the choice that independent schools provide as an alternative educational option in New Zealand.

Brad played a key advisory role in assisting ISNZ with its recent restructure, and has seen first-hand the important role ISNZ has to play as an advocate for the independent school sector.  His focus is on bringing his experience both as a lawyer and as a school trustee and independent school governor to ISNZ, with a view to ensuring that the sector continues to look forward rather than backwards.

Outside of work Brad has a keen interest in travelling, sport and the arts (particularly the Royal New Zealand Ballet), and spends as much time as he can with his family. 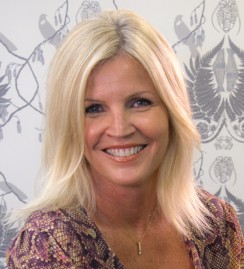 Penelope is a strategic brand, engagement and communications consultant.

Her most recent fulltime role was Assistant Vice-Chancellor External Relations and Development at Massey University where she was part of the senior leadership team and managed University communications, marketing, recruitment, stakeholder engagement, fund-raising and major events as well as communications channels including the website. Penelope held similar roles at AUT on her return to New Zealand from London in 2010.

Her decade in the UK included senior management roles at Omnicom group agencies, working on some of the world’s top brands across the UK, Europe and SMEA.

In the late nineties she founded DDB New Zealand’s first PR agency, Beyond PR (now Mango), and was one of two women on their senior leadership team.

Penelope’s first career was in broadcasting, working as a broadcast meteorologist, presenter and journalist on One News as well as shows such as Made in New Zealand (business) and Body and Soul (health and well-being).

She is also on the board of Global Women, an organisation committed to connecting, promoting and supporting women leaders to increase leadership diversity.

Penelope is an adaptable leader and communicator with broad sector and market expertise, and has a huge passion for education. 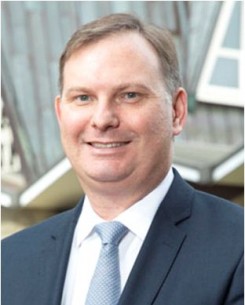 Aaron is the Chair of the Dilworth Trust Board, which governs Dilworth School.  Dilworth is a boys boarding school based in Auckland and has a roll of 640 across three campuses – Junior (Years 6 to 8) and Senior (Years 10 to 13) in Auckland, and Rural (Year 9) in Mangatawhiri. Uniquely, all boys attending Dilworth School receive a fully funded scholarship paid for by the endowment of James and Isabella Dilworth.

Professionally, Aaron is the Chief Financial Officer of Eastland Group, a Gisborne-based infrastructure company. He has previously worked for PwC (Auckland and New York) and Deutsche Bank (New York). Aaron is a Chartered Accountant Fellow and a Chartered Fellow of the Institute of Directors.

Dilworth has for many years sought to engage with and support fellow independent schools on matters that impact the sector. Aaron believes in the importance of values-based education with the outcome of having young women and men graduating our schools with good character, achieving personal excellence, and who flourish in life. 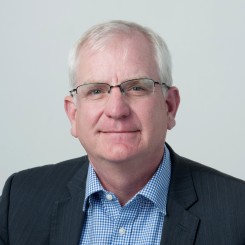 Charles is a partner at the Wellington-based Government Relations Consultancy Saunders Unsworth where his work centers largely on the broader international trade and education sectors.

He moved to Saunders Unsworth in 2010 after five and half years as CEO of the Wellington Regional Chamber of Commerce.  Prior to that Charles had a wide range of experience in government working for the Prime Ministers Department, Department of Trade and Industry, and Ministry of Foreign Affairs and Trade.  His particular areas of expertise are China, US politics and trade policy, Australia, Asia, and international trade.

Charles has spent much of his life working and studying overseas.  He has lived in the United States (New York, Washington DC, and San Francisco), London, Hong Kong, Singapore (twice), Beijing, and Taipei.  He served as First secretary at the New Zealand High Commission in Singapore, Deputy Head of Mission in Beijing, and Head of Mission in Taipei.  Charles was responsible for launching the China-New Zealand FTA as New Zealand’s lead negotiator on this project, prior to moving to the Chamber of Commerce.  Charles was contracted by the New Zealand government to lead the negotiation on the Agreement between New Zealand and the Separate Customs Union of Taiwan, Penghu, Kinmen, and Matusu from late 2011 until November 2013.

Charles serves on the Board of Woolyarns Ltd.  He is the independent Chair of the Port Company CEO Group. He performed a similar role for the New Zealand Institutes of Technology and Polytechnics until June 2019.  He has recently completed 12 years and 2 months on the New Zealand Trade and Enterprise Board.  He served on the Victoria University of Wellington Council from 2008-2015 and the New Zealand Film Commission Board 2009-2016 and the Wellington Chamber of Commerce and Business Central Boards for many years - standing down in 2018.  He Chaired the Board of Education New Zealand from 2011 until February 2019. Charles is a Life Member of the Wellington Chamber of Commerce and a Chartered Fellow of the New Zealand Institute of Directors.

He has two children both of whom went to independent schools in New Zealand.  Aside from his interests in politics and international trade, Charles is a keen golfer.