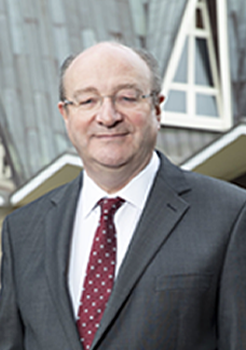 Donald retired from the Principal role at Dilworth in 2018, having served the school for over 20 years. When he joined Dilworth in 1997, the school operated on two campuses in Remuera and Epsom. In 2012 an additional Rural Campus at Mangatawhiri was opened. Donald was the initial inspiration behind the concept of this unique outdoor education centre, which offers boys an extraordinary opportunity they couldn’t get elsewhere in New Zealand.

Born and educated in Scotland, Donald moved to New Zealand to live and work initially at Gisborne Boys High School in 1979, and then from 1980 onwards in Auckland.  He held positions in English teaching at Northcote College, and at Epsom Girls Grammar was Head of the English Department.  In 1994 he was appointed Deputy Principal at Mt Roskill Grammar, before taking up the Dilworth Principalship.

During Donald’s time as Principal, Dilworth’s roll increased from under 500 boarders to 640. The school developed a culture of outstanding achievement in all areas. Academic performance improved year on year, with 2017 NCEA results being the best in the school’s history. Sporting and cultural performance also went from strength to strength. Thank you, Donald, for your outstanding commitment, dedication and service to Dilworth School, and congratulations on your award.