Service to Sport (Rugby and Cricket) 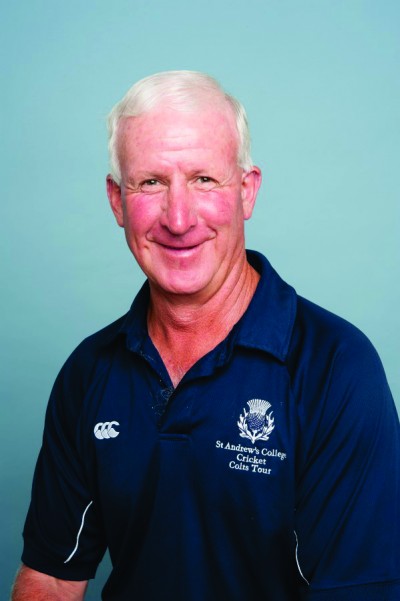 St Andrew’s College Sports and Activities Coach, Mike Johnston, has demonstrated a commitment to the College that “knows no bounds” over the past two decades.

Always positive and available to give of his exceptional coaching talents, Mike has contributed hugely to the growth of the College’s sporting programme. A highlight of which was winning cricket’s Gillette Cup in 2019, alongside 16 of his former players having gone on to play First Class or International cricket.

While excelling in high-performance, Mike is also an excellent mentor, guide, and role model. He has a massive influence on developing good young people who are self-aware, self-responsible, compassionate, and caring, and able to make a valuable contribution to life both on and off the field.

In addition to his coaching talents, Mike is noted to be a person of high integrity, whose humble, kind, and generous nature sees him loved and revered by his students.

His skill and dedication have also seen the quality of fields and cricket wickets at the College rise to the highest levels, and his logistics capabilities came to the fore in the campus rebuild following the Canterbury earthquakes.

Described as a “gem of the community”, Mike contributes significantly to sport outside of the College in advisory management, coaching and selector roles. A member of Christchurch Metro Cricket’s Youth Advisory Group for over two decades, he was made a Life Member of the association in the 2014-2015 season.

Exemplifying the values of St Andrew’s College, Mike is glowingly described as not just a college institution “but a legend!”