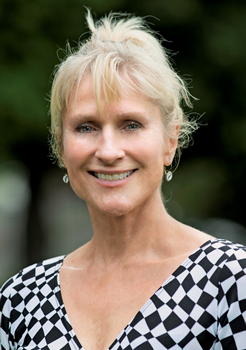 Kerri has been a vital force in the Christchurch performance scene for many years, establishing herself as a dance and theatre director and mentor at Rangi Ruru Girls’ School and working at Christ’s College, the University of Canterbury and the International School of Bangkok. She joined Medbury School as Head of Drama in 2008.

Kerri is the driving force behind Medbury’s annual large-scale productions for year 8 boys, which are renowned among Canterbury independent schools. The Shakespeare competition culminates in 90 Year 8 boys on stage, and through all the challenges, including preparing all boys for a role, Kerri’s passion for drama shines through.

Kerri allows the boys to explore their identity on stage. For example, key roles were played by Maori boys in a re-enactment of the Treaty of Waitangi signing, and Bollywood dance scenes incorporated into A Midsummer Night’s Dream to the delight of the boys of Indian descent.  As Kerri unlocks the talent in students, they feel comfortable on stage and embody the Medbury motto of ‘Play the Game’.

David Chambers, Director of Drama at Christ’s College, says, “I have worked with Kerri for over 20 years, and delight in the extraordinary esteem her Medbury boys hold for their ‘Ms Fitz’. The independent schools sector is lucky to have Kerri – we are richer for her contribution.”