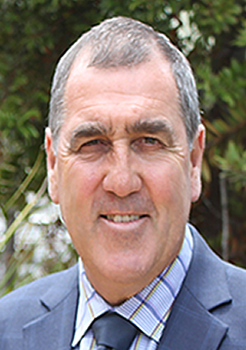 Outstanding Service to Independent Schooling in New Zealand and Australia

Tim’s long and substantial career spans over 40 years in education, starting at Christchurch Boys’ High School and progressing to Deputy Rector, Head of Education and Acting Rector roles at St Andrew’s College. In 2002 he was appointed Headmaster of Scots College, before crossing the Tasman to lead Scotch College in Adelaide from 2006 to 2013. He was appointed Executive Principal of Kristin School in 2015 and remained in the role until his retirement earlier this year.

Tim maintained an authentic passion for teaching, accumulating an array of awards and recognition as his career progressed. His contribution to independent education is outstanding, and his contribution as a member of the Heads of Independent Schools Executive and the ISNZ Board greatly appreciated.     Congratulations Tim.