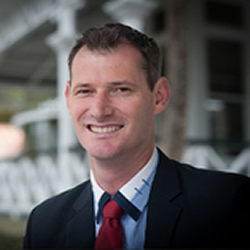 Tell us about Wellesley College. How would you describe it?

Wellesley is heaven for boys. Its unique location and setting promote and foster a welcoming culture that our boys, staff and parents love. It’s a place to explore your strengths in a safe and supportive environment to discover your best. It’s a place to create, think, play and learn.

You’ve been in the Principal role at Wellesley for almost five years now. How has the school changed and developed under your leadership?

All the staff have played a key role in developing the school. The Board’s oversight and Senior Team’s hard work has developed a robust Strategic Plan that is being enacted. This has led to numerous developments, particularly in sustaining the wonderful culture while looking forward to new building projects, wellbeing programmes, enhanced curriculum offerings, a totally revamped digital environment, and a new teaching and learning philosophy leveraging off the new digital environment to create improved learning opportunities and efficiencies in practice.

What are your future ambitions for Wellesley College?

The future is very bright for Wellesley. It embraces its location in new and exciting ways, and the boys use our environment to solve real world problems in order to learn. It embraces our unique culture where boys are celebrated, and each child’s strengths are enhanced. The boys will have the access to exciting new technologies where they can create, think, play, collaborate and communicate whilst building their character strengths and just being boys.

Were there enlightening moments or inspirational people who set you on your way to a career in education?

Absolutely. My parents who always believed in me and guided me through good and bad times. My father who taught me my work ethic, empathy and to do the right thing, regardless of the consequences.

I would also acknowledge Jonathan Hensman, an inspiring educational leader who helped me enormously in my journey. A Kiwi who worked in Australia and was an inspiring role model in education, his integrity and wisdom were hugely influential.

Describe the pathway your career has followed.

I am Australian, trained as a Mathematics/Science secondary teacher and worked in both state and independent schools. My qualifications are a double degree in education and science, majoring in mathematics and a master’s degree in leadership. Having always taught in secondary schools in a variety of subjects, in both coeducational and single sex settings, coming to New Zealand as the Principal of an all boys primary school was a new and exciting challenge.

I also trained as an infantry officer in the Australian Army Reserve, leaving after 18 years of service at the rank of Major.

How would you describe your leadership philosophy?

Ever-changing. Leadership is a complex topic that I have a deep passion for. My post graduate qualifications, military training and continued study of this topic could never have me single out a particular leadership style or approach. I think it’s situational, depending on the people, politics, environment and other factors for me to define what is right.

Can you share your thoughts about independent education - in New Zealand and internationally?

Independent schooling is a choice - one where many parents sacrifice a great deal for their children to learn. Independent schooling takes pressure off government schools and endeavours to focus on skills and values-based educational systems that expand the horizons of the next generation. It is true that all schools aim to do this, but independent schools have the agility and flexibility to choose pathways for students, unconstrained by curricula or government bureaucracy, where we focus on children's strengths in order to develop them into good people who can solve the problems our world will face in the future.

What do you see as the benefits of working at an independent school?

The benefits are too numerous to put into one paragraph. After having worked in both the state and independent sector, both systems focus on academic achievement. However, independent schools have enhanced resources and focus on developing the whole child. The best way to describe this is through my own children. Watching them sing in the choir, play interschool sports, take up an instrument and, the best part, grow in confidence while they talk about their school in such a positive and optimistic light. They want to be there! That says it all.